THREE GREAT IDEAS FOR THE FIRST THREE DAYS OF MAY 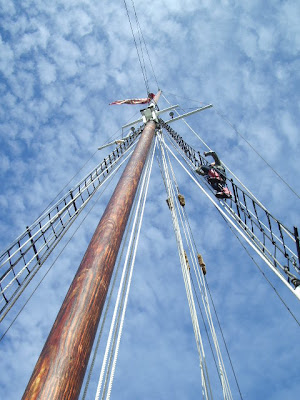 Sound Experience invites the public to climb aboard the 97-year-old schooner, Adventuress, this weekend of May 1 - 2, 2010, for free, as part of the Partners in Preservation Program. And if climbing aboard isn't satisfying enough, you can also climb the rigging ,for a donation of $25, which goes to Sound Experience's educational programs. Be one of the first 25 families or guests and you'll enjoy a bonus: a free copy of a book about the history of this 1913 schooner. Hours are 9 a.m. to noon on Saturday and 9 a.m. to 4p.m. on Sunday.
In a recent blog post I urged you to vote for the schooner as one of 25 historical sites in the Puget Sound area, competing for the largest share of $1 million from Partners in Preservation, sponsored by the National Trust for Historic Preservation, along with American Express. This money can pay for expensive critical repairs. Please come down to the Tacoma waterfront for a free tour and you'll see for yourself why so many people care about this historic vessel. Then be sure to vote everyday, before May 12, when the program ends. It's easy, and by doing so you could even win a FREE SAIL for yourself and over 40 guests. 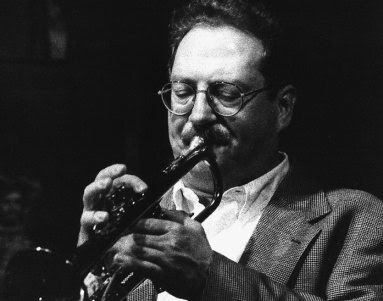 The Silver Leaf Jazz Band of New Orleans fame is now enjoying a new West Coast incarnation, appearing this Saturday, May 1, at the Bellingham Traditional Jazz Society's monthly program and dance, from 2-5 p.m.at the VFW Hall on State Street. Come hear this talent-packed band play the classic 1920s-1930s jazz of New Orleans. Cornet/trumpet, reeds, trombone, banjo/guitar, upright bass, and drums bring you hot jazz and pop tunes in a venue with a great dance floor. Click the link for directions and details, and read more about Chris Tyle here.

After a fun weekend, who wants to cook on Monday night? Plan to come to JOESEPPI'S ITALIAN RISTORANTE at 2207 N. Pearl Street in Tacoma, from 4-8 p.m. on Monday, May 3rd, when SHARED HOUSING SERVICE'S many friends and supporters TAKE OVER the restaurant. This fundraiser will help Shared Housing Services to continue to provide affordable alternative housing solutions, through its program of matching homeowners who would like to share their homes with those needing affordable housing, as well as its transitional housing program. In 2009 they served 5,916 clients. Shared Housing Services changes lives and teaches valuable life skills. Please let them know you are coming. To reserve seating or a dinner time please contact SHS at (253) 272-1532.

Posted by Candace Brown at 6:00 AM No comments: 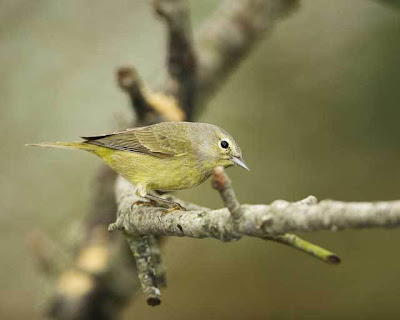 My Tacoma backyard provides pesticide-free habitat for many different songbirds, and sometimes I've wished I could listen to them anytime, anywhere. Now I can. Thanks to the Cornell University's Lab of Ornithology and their Macaulay Library, you can buy a newly digitized collection of 310 songs and calls, representing 57 species of warblers, for only $14.95. If you want to hear birds, but you're nowhere near a tree, just try an MP3. If you download the collection to a device that can show images, you'll even enjoy a photo of each bird.

The Macaulay Library is home to the world's most comprehensive archive of wildlife sounds, and by visiting their website you can even hear samples from this compilation. It was nearly three decades ago that the Cornell Lab of Ornithology, the Borrow Laboratory of Bioacoustics, and Ontario Nature, collaborated on this project. They released "Songs of the Warblers" as an LP in 1985. Now new technology demands an updated version.

"We received numerous requests for this digital release," said the Macaulay Library audio curator, Grey Budney. These MP3 files include not only the sounds of 57 different species of warblers, but also variations of songs and calls, along with a PDF of the original booklet that came with the LP, telling where and when each sound was recorded.

"Knowing the songs of warblers really enhances people's ability to find and identify dozens of stunning warblers species," said Budney. In addition to this collection, Cornell's "All About Birds" website offers bird lovers a treasure trove of delights, including audio, video, ways of participating in their projects, web cams, fun activities for children, and more. In May of 2009, I wrote a blog post about it, which you can read here. 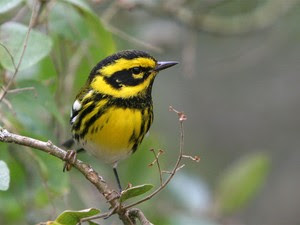 Here in the Pacific Northwest we share our world with several species of warblers, two of which are shown in these photos, both courtesy of Cornell University's Lab of Ornithology and taken by participants in the Great Backyard Bird Counts. The top one is an orange-crowned warbler, photo by Richard Lee. The lower one is a Townsend's warbler photographed by "Craig" in Lake Forest Park, Washington.

Consider buying "Songs of the Warblers" and getting to know some of these little feathered neighbors. They are the best kind; the only noise they make is one of the loveliest in nature, and they'll eat the insects in your garden too. Please just remember to protect them from chemicals and cats, because none of us would want to live in a world without the songs of birds.
Posted by Candace Brown at 10:30 AM No comments:

Win $100,000 for the SCHOONER ADVENTURESS and a free sail for yourself 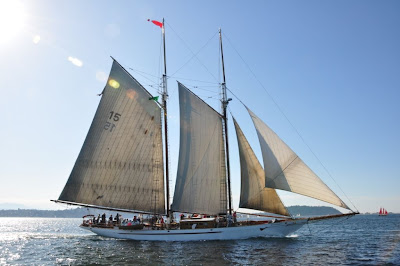 If you've been reading Good Life Northwest for awhile you know how much I love the schooner Adventuress. The flagship for the not-for-profit Sound Experience, this is Puget Sound's resident tall ship, one with an environmental mission. I've enjoyed many sails, beginning with the first during Tall Ships Tacoma, and have volunteered some time and elbow grease, sanding and cleaning. But as gorgeous as Adventuress still is, she's 97 years old and like any 97-year-old her "stern" just isn't in the same shape it once was. Repairs are expensive and desperately needed.

Here's your chance to help save this historic vessel for future generations, and at the same time possibly win a private sail for yourself and 44 of your closest friends. American Express has teamed up with the National Trust for Historic Preservation as "Partners in Preservation" and Adventuress is one of 25 historically and esthetically important "places" in the Puget Sound area competing to win $100,000. The voting period is from April 15 - May 12, 2010. Read all about it here and watch a video explaining how this works. Sound Experience is asking all those of us who love Adventuress to vote daily, and each time you vote just let Sound Experience know you have, and they will enter you again and again in a drawing for a free sail. Please join us in this effort TODAY. Every vote counts, every day.

Here are links to some of my past blog posts about Adventuress:
Adventure on Adventuress: a Tale of Tall Ships
Setting Sail for the Future - Life's Lessons Learned on a Tall Ship
Discoveries in Unknown Waters
Serving My Country With Sandpaper
Fyddeye-a new maritime history community 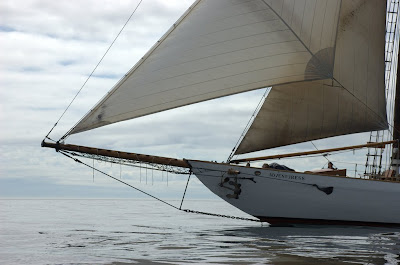 photos courtesy of Sound Experience
Posted by Candace Brown at 4:00 PM No comments: