Without stepping outside the Tacoma Art Museum last week, I traveled across a vast region and 200 years of American history. The ghosts of my own ancestors no longer resided in sepia tone portraits back at home, but suddenly lived again in paintings and sculptures connected with their experiences and the grandeur of the land they crossed to reach Washington Territory.


I felt the burning sun and the coolness of forests, smelled the sage and the scent of horses, heard the winds blow, and tasted the dust, all thanks to the Haub family’s generous gift of 295 works of American Western art, a collection ranking nationally in the top dozen or so of its type and the first in the Northwest. With works that range from photographic realism to more stylized images, it presents a stunning, emotionally moving panorama of influences that helped to shape our nation's character.

At the press preview, preceding the grand opening November 15, 2014, I stood in awe. The Haub Family Collection of Western American Art is contained in four new galleries in the 16,000 square feet of additional space recently added (on schedule and on budget). In its 79-year history, the museum has never received a gift like this one. Director Stephanie Stebich spoke to the gathered press audience, about the fact that this collection had been very private before the Haub’s decided to give their amazing gift.

“It was an incredible revelation,” she said. “In the field of Western American art, this is a really exciting moment. They were purposely buying for the collection, for the museum, for the city of Tacoma.” 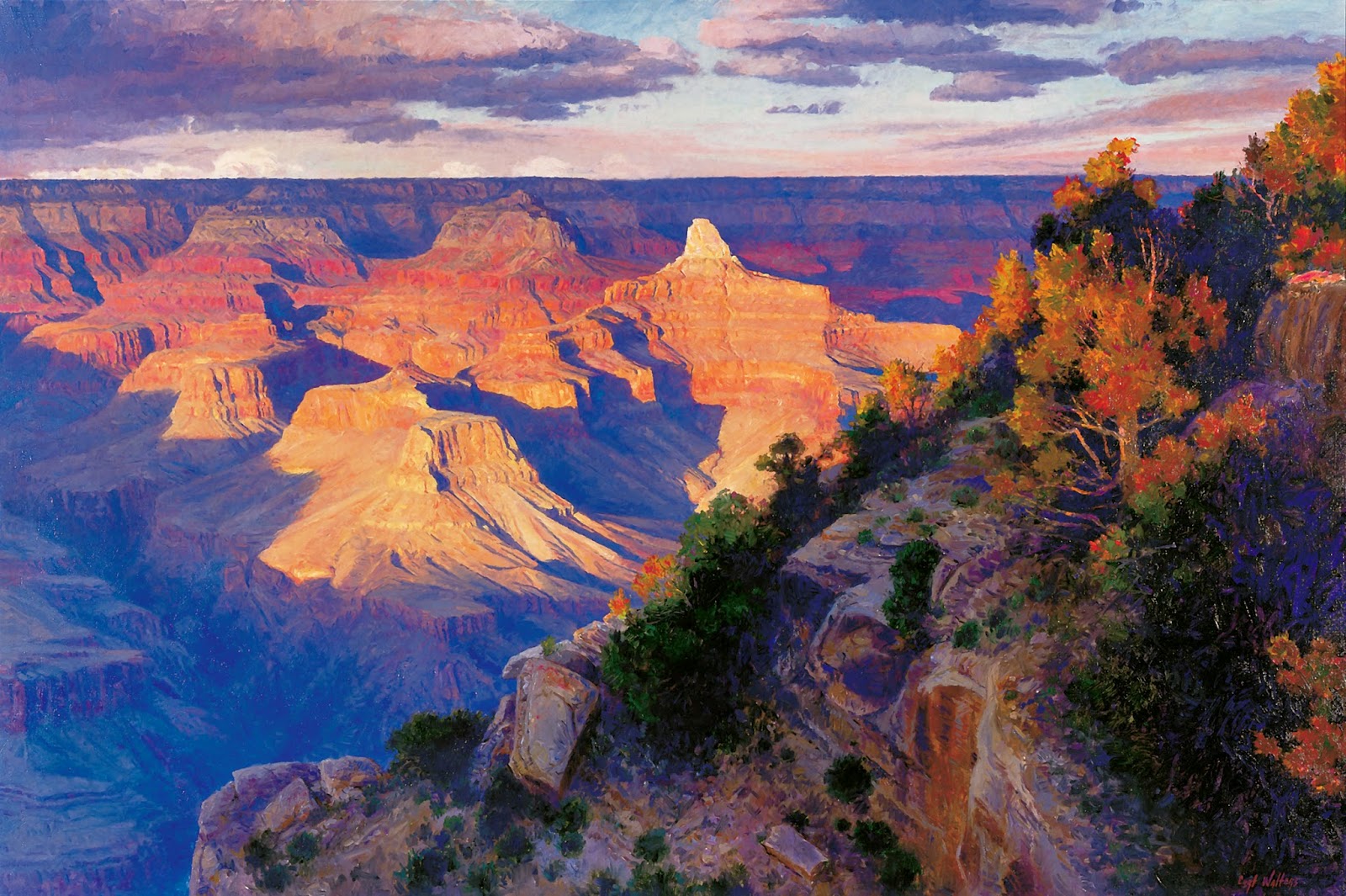 Erivan and Helga Haub are a German couple known internationally for their philanthropy, and they reside in both Germany and the United States. Back in the 1950s, they developed a great love for Tacoma after visiting here and even chose to have all three of their children born in this city. After acquiring a ranch in Wyoming and buying one painting depicting the American West, they began collecting Western art. Along with pieces by artists whose names we all know—like Bierstadt, Remington, Moran, and Russell—they collected works of magnificent beauty and power by 136 others, including many living today.


Curator Laura Fry did an amazing job when she created themed galleries that celebrate some beloved images, like Albert Bierstadt’s romanticized views, even as other pieces remind us how much of this story is myth. The reality of life in the West included both beauty and hardship, along with all the diversity of mankind.


“We have the image of this very Caucasian cowboy that Hollywood has given us,” Fry said during our tour. “In reality, less than 50% of the original cowboys were white. They were Native American; they were African-American; some of them  were Asians. They were from all kinds of backgrounds.”

So were the 140 artists represented in these galleries, including 13 females, three Native Americans, two Asian Americans, and 20 artists born in Europe. Whether in bronze, oils, or watercolor, these works of art capture the feeling of the Western experience.

The West is more than a place. It is a state of mind, a bigger-than-life drama, a sense of freedom and opportunity, the liberation of wide open spaces in which individuals can lose, find, or reinvent themselves. It's qualities are grand rather than timid, raw rather than refined. Those of us descended from pioneers or more recent immigrants like to think we retain some of their adventurous nature, optimism, and fortitude in our genes. Those descended from the indigenous people have their own feelings about the West, as do Erivan and Helga Haub from Germany. No matter where you were born, there is something about the American West and the art depicting it that touches, inspires and humbles us, all at the same time.


As the press crowd moved on through the galleries that day, I had a private moment with Director Stebich, who remarked that she was heartened by my (obvious) enthusiasm.

“My heart is palpitating,” I told her.

“I will tell that to the Haubs when I see them next week,” she replied, smiling.


The Tacoma Art Museum is now open six days a week, with a free day each month. To help plan your visit, please click here.

Posted by Candace Brown at 11:30 AM No comments:

NOVEMBER IN THE NORTHWEST — AUTUMN LEAVES, VIDEO, AND A CLASSIC POEM

November in the Northwest can mean going from a day with weather like you see in this video...

Please enjoy these photos and one of several poems titled "Autumn" written by the English poet John Clare (1793-1864).

I love the fitful gust that shakes
The casement all the day,
And from the glossy elm tree takes
The faded leaves away,
Twirling them by the window pane
With thousand others down the lane.


I love to see the shaking twig
Dance till the shut of eve,
The sparrow on the cottage rig,
Whose chirp would make believe
That Spring was just now flirting by
In Summer's lap with flowers to lie.


I love to see the cottage smoke
Curl upwards through the trees,
The pigeons nestled round the cote
On November days like these;
The cock upon the dunghill crowing,
The mill sails on the heath a-going.


The feather from the raven's breast
Falls on the stubble lea,
The acorns near the old crow's nest
Drop pattering down the tree;
The grunting pigs, that wait for all,
Scramble and hurry where they fall.