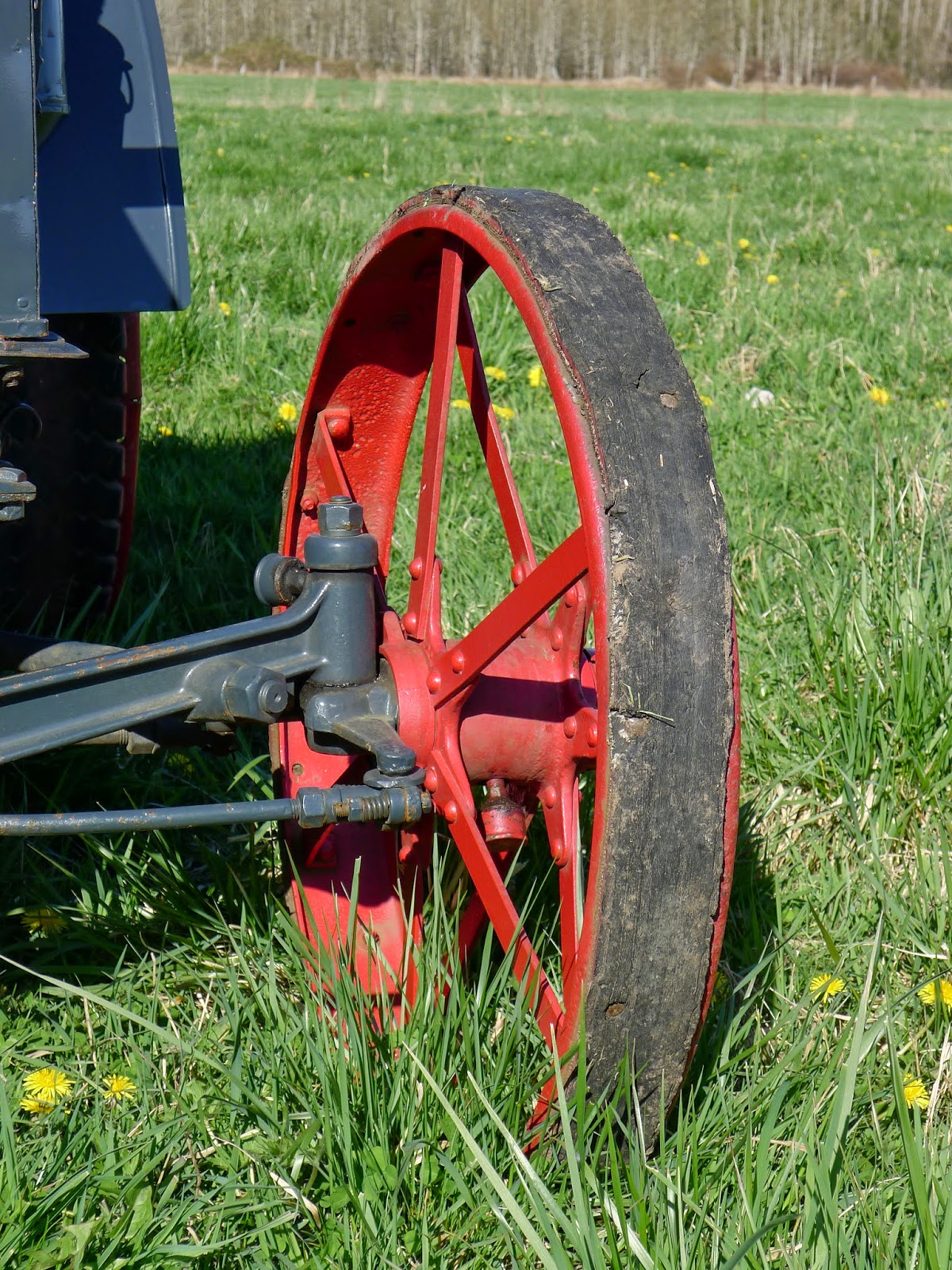 From rusty relics to slightly used or new, funky to fabulous, mechanical to decorative, all kinds of farm and country treasures await you at the Antique Farm Equipment and Tractor Association's* annual swap meet, held this year on Saturday, April 25, at the Old Iron Event Center, 11 E. Johns Creek Drive, in Shelton, Washington, 98584.

Whether you are interested in buying an antique tractor, need parts, seek items you collect, or love country style decorating, this is your kind of event. 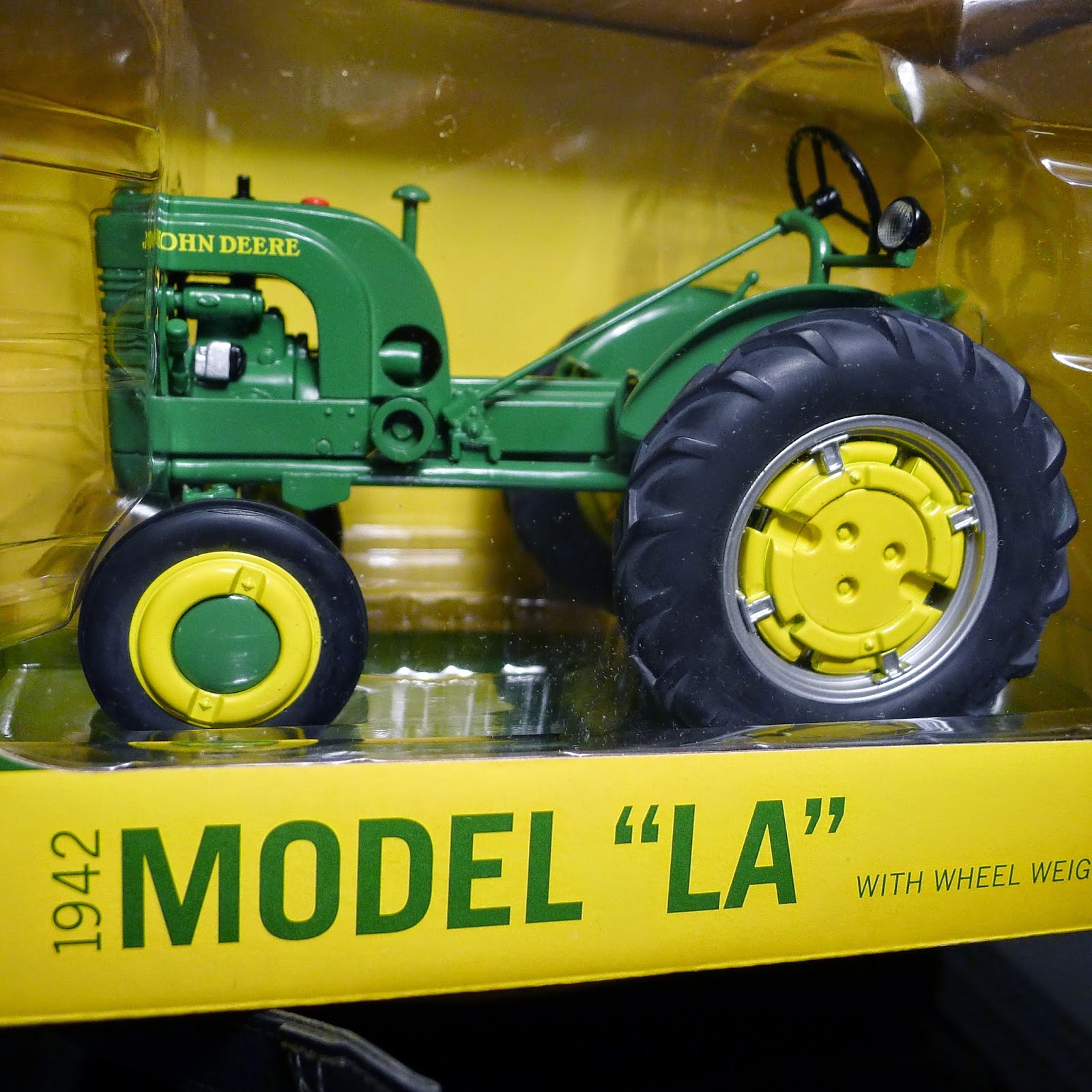 Are you interested in being a vendor? Spaces may still be available. Call (360) 426-9299 for more information.

Posted by Candace Brown at 3:20 PM No comments:

I’m hearing voices in my head today, but don’t worry about me. They aren’t  imagined, just enjoyable memories of the preview of Tacoma Opera’s Roméo et Juliette. I attended the final dress rehearsal, but the actual performances take place today, Friday, April 10, and Sunday, April 12, at the elegant and historic Pantages Theater, part of the Broadway Center For the Arts, in downtown Tacoma. I urge anyone reading this to go, even if you never think of going to an opera. Try it, and discover what you have missed. If you hesitate, you will have missed this fleeting opportunity.

Imagine yourself in a comfortable seat in this beautiful performance space. When the curtains open, the view of Verona, Italy, (gorgeous sets by Noel Koran, who also directed) with richly colored scenery and costumes, appears to have come straight from an Old Master painter’s palette, with touches of gold leaf added here and there. Then the painting comes alive.

Long before William Shakespeare wrote his tragic play, Romeo and Juliet, the classic story of ill-fated lovers whose families hate each other and reconcile only after the couple dies existed in various versions. Composer Charles Gounod’s opera in five acts premiered in Paris during another April long before this one, in the year 1867. Like that performance, the one I saw was sung in French, but projected subtitles made it so much easier for those of us who would otherwise be lost, if not for our basic knowledge of the plot. Even my companion for the evening, who speaks French, found them helpful, while noting that some phrases cannot translate with exactly the right meaning. We both totally enjoyed the visual presentation (including the exquisite costumes designed by Elizabeth Wislar), the fine orchestra lead by award-winning conductor Keith Clark, and most of all, the singing. The sound quality, volume, and balance seemed perfect. Evan Ritter's lighting added its own drama and beauty.

It was not until the next day that I had time to thoroughly read the program and the impressive cast biographies. Once I learned about the years of training and  experience represented on the grand old theater’s stage, I understood why the performance seemed so flawless and professional. I also appreciated how much excellent acting I saw under Koran's direction, in addition to the singing I heard. Every face and voice expressed joy, humor, passion, pain, and heartache with convincing realism.

I could write pages about the quality of the voices and sincerely praise every member of the cast. As Romeo, tenor Christopher Bengochea sang with both power and great tenderness. When it comes to women’s voices, my ears tend to favor alto over soprano, but I loved the singing of Ksenia Popova in the role of Juliette. Can you picture golden honey flowing over pearls in a crystal bowl, a sensation of warmth, sensuousness and sweetness combined with sparkling brilliance and clarity? This, my friends, is opera. I hope you will order your tickets here and now.

Please visit and "like" Good Life Northwest on Facebook.
Posted by Candace Brown at 11:09 AM No comments:

"Best of Enemies" at Taproot Theatre, Based on a True Story, Confronts, Moves, and Inspires — a review

There exists a kind of time travel that forces a person, ready or not, through darkness and extreme discomfort on a trip as irreversible as birth. A play called Best of Enemies, at Taproot Theatre in Seattle March 25-April 25, 2015, takes audiences on this trip. It tears away the insulating comfort of group identification, the notion of “them and us,” as it examines human prejudices and commonalities. Hopefully, as in the journey of birth, the traveler ultimately reaches a place of light, joy, and a new life, or at least the potential for as much.

Written by Mark St. Germain and directed by Scott Nolte, this powerfully moving, tragic, and uplifting play is based on the book The Best of Enemies: Race and Redemption in the New South by Osha Gray Davidson, a true story of how a Ku Klux Klan member named C.P. Ellis and a female black civil rights activist named Ann Atwater ended up working together for the betterment of their communities in Durham, North Carolina, and how that connection forever changed both of them and the course of their lives. Taproot Theatre Company hopes this production will change other lives as well.


The vehicle for time travel used here appears to be simple, at first, a product of Richard Lorig’s creative scenic design—a table and a few chairs on an otherwise empty stage, a wall covered with enlarged newspaper clippings, some TV screens showing black and white photographs that change, simple props like a couple of telephones, and some liquor bottles. Then you notice that the newspaper clippings are of events related to the struggle for civil rights in the years following the assassination of Dr. Martin Luther King. Images on the screens flash back to the late 1960s and early 1970s. Ghostly voices of radio personalities with racist agendas blare forth at times.

The characters, too, appear simple at first. Have we not met them before? Are we not tempted to stereotype them ourselves—the bigoted Klansman, the outraged and outspoken black woman, the do-gooder civil rights worker from up north, the housewife and stay-at-home mother? Do not make that mistake. Each character, before your eyes, becomes a fully developed and deeply complex human being, each with their own pain, presumptions, and suspicions born of experience, fear, loneliness, and a lack of communication.


On this canvas of a stage with its sparse furnishings, I watched four fine actors paint a mural of their characters’ shared history and humanity using brushstrokes of raw feelings and excellent acting. The first stroke shocked me like a slash of blood red paint. The character of C.P. Ellis (Jeff Berryman) addressed an invisible gathering of Klan members, gleeful over the assassination of Martin Luther King. Although the theater’s size makes it feel intimate, it was also nearly full on the night I attended. Yet it seemed that during the short pauses in his highly offensive rants, Berryman managed to stare right into the eyes of everyone there, not only into mine. I could feel all of us squirm as the impact of his words hit us. Berryman had the talent to make me afraid and later make me care, as he revealed his character’s personal pain and insecurities.

Equally intimidating in her own way was the character of Ann Atwater, artfully portrayed by Faith Russell. At first Atwater gave me little more to relate to than did Ellis. Both were harsh, angry, self-righteous, stereotypical and stereotyping, both believing God was on their side. They both used words like weapons, and at first did not even seem willing to reach a middle ground. They delivered both side-splitting and heart breaking lines, Germain’s often witty script giving some balance to the heavy subject matter and helping to ease the tension as we watched two people change. Initially filled with hate, they come to terms with the uncomfortable fact that they are actually beginning to respect, understand, and even like each other, but at a price.

Another character was Bill Riddick (Corey Spruill), a black civil rights worker from out of town who has come to help organize meetings of both sides in the hope of fostering communication and understanding. With a smile on his face and an air of eternal optimism, covering realistic worries, he deftly sets up the loom that will weave these opposing forces together. Spruill’s sensitive performance required him to walk the tightrope between humility and incredible bravery, and he never fell.

Jenny Vaughn Hall played the part of Mary Ellis, wife of Klansman and gas station/garage owner C.P. Ellis was simply outstanding in this role. She gave her character a familiarity that hid a quiet strength and depth, making an ordinary woman seem extraordinary and reminding us that profound spiritual wisdom and great heart sometimes come in a package we take for granted as common. This talented actress just found a new fan, and I hope to see her on stage again soon.

A thoughtfully chosen mix of the era’s popular music served as a soundtrack for Best of Enemies. They took me back, those lyrics of my earlier life, those tunes that made me recall where I was when I heard them, and with whom. If I could have, I would have chosen to remember those years with embarrassingly innocent nostalgia, distanced as I was from the most blatant forms of discrimination. However, the true history of those times includes ugly injustices too easily ignored or accepted, even here in the Pacific Northwest, our little paradise with it’s own dark past, and in some cases, present.

I highly recommend Best of Enemies and hope everyone reading this will go to see it. (Order tickets here.) I guarantee that you will laugh and cry, because the forces of personality and circumstance feel so real. When you think about what it took to play these uncomfortable parts, your admiration for the cast will soar. I cannot quit thinking about Russell’s comment about her role as Ann Atwater during the post play discussion.

“To make it real and valid, I allow the impact of it,” she said.

I promise, you will see and feel that impact. Then, think about how what you have seen will change your perception of history and the emotional lives and experiences of your fellow human beings. This trip back through time is not always a fun vacation, but one you will be glad you took. If the real C.P. Ellis and Ann Atwood could work out their differences, there is hope for the rest of us.