Spring officially arrived this week, and here in Tacoma the sun came out on Wednesday. Never knowing how long it would last, I took the afternoon off to photograph the first signs of spring at Point Defiance Park. Enjoy!
﻿
﻿
﻿ 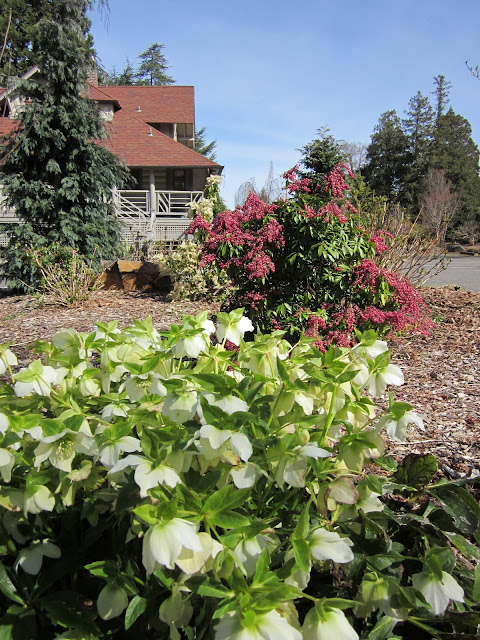 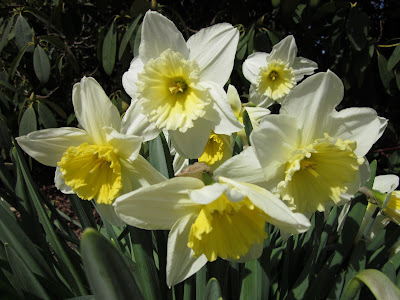 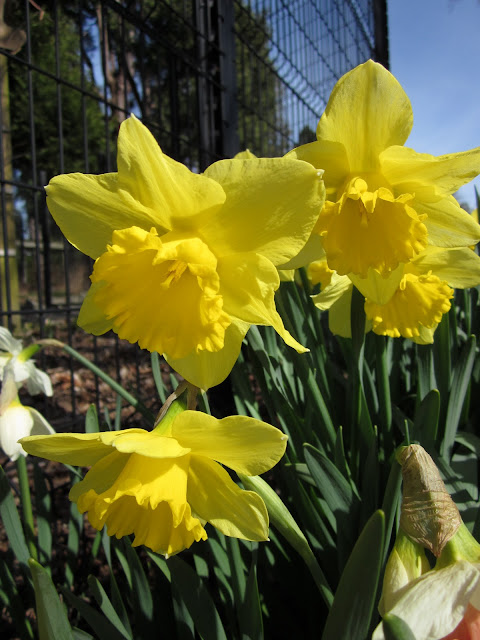 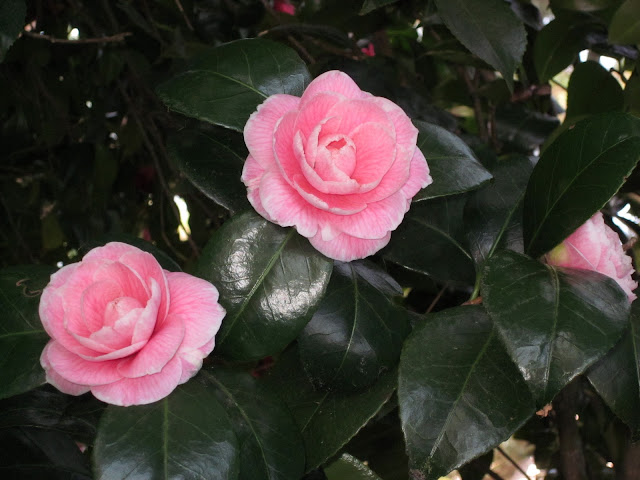 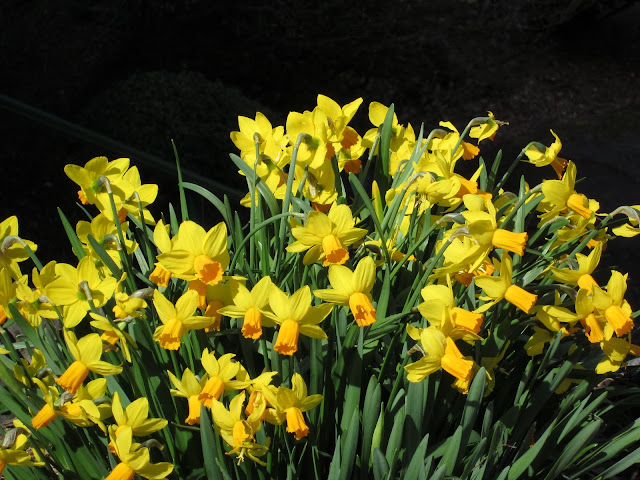 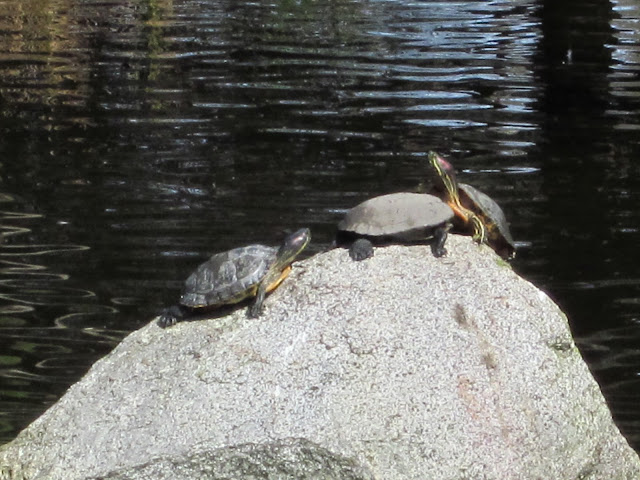 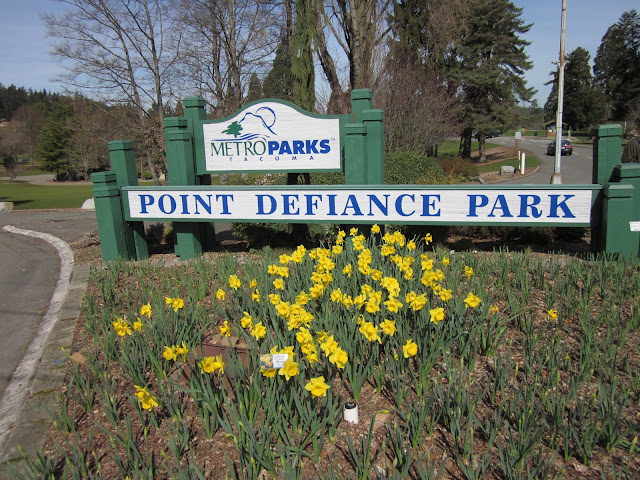 Your Funky Nest Could Win a Prize

﻿﻿
﻿﻿ If the words "funky nest" make you think of that first apartment you decorated in eclectic thrift store style, think again. Consider the possibility that birds might be just as creative and original as humans when it comes to giving a home some personal touches.

I remember when my grandfather discovered a robin's nest built on the tines of a metal rake that hung on the wall of his barn. That earned him a photo and story in  the hometown paper. But you might do even better.

If you happen to have a similarly comical or interesting avian abode in your own backyard, consider entering to win prizes and online publication in the "Funky Nests in Funky Places" environmental challenge sponsored by the Cornell University Lab of Ornithology. It's all part of their Celebrate Urban Birds project.

"We've had such fun with this challenge," said Karen Purcell, the project's leader. "The theme really struck a chord with people. You wouldn't believe how many people showed us bird nests in barbecue grills, garages, garden tools, and signs. We've seen bird nests on statues, wind chimes, a cannon, and even on bathroom fixtures. I can't wait to see this year's entries!"

I wish I'd taken a photo of the nest a little bird built in one of my hanging fuchsia baskets years ago. I discovered it, to my horror, when I reached my watering wand up higher than I could see, to give my plants a drink. Instead, I gave a very surprised bird and its eggs an unappreciated shower. When it came to choosing real estate, that birdie was all wet. Like the experts say, it's "Location! Location! Location!" Be sure to keep your eyes open for unique residences in your own backyard. I'm sure that somewhere here in Tacoma a bird is building a funky nest in a funky place right now.

You can learn all about the contest here and see photos of last year's entries. Have fun and good luck!

Photos used with permission from Cornell University Lab of Ornithology
Posted by Candace Brown at 1:00 AM No comments:

﻿ On the evening of March 13, Chef Bill Trudnowski and his wife and business partner, Monique Trudnowski, plan to celebrate a milestone, surrounded by many others who share the joy of their success. Going from opening day to a thriving business in three years would make anyone want to throw a party, and this one also benefits a local scholarship fund.

Snowy road conditions caused the cancellation of plans to hold the event on February 24, asking $100 per person, but NOW, the price has been reduced to $80. And if that isn't enough to make you feel good, the proceeds go toward the Chef Bill-Adriatic Grill Culinary Scholarship program at Clover Park Technical College. It's just one way the Trudnowskis give back to a community that has supported and embraced them since the risky beginning of a venture that required more determination and energy than they knew they possessed.

When this hardworking couple opened the Adriatic Grill right off I-5 at 4201 S. Steele St. in Tacoma, during the winter of 2008, they did so while parenting five children and expecting another. Overnight, life changed for the whole family. Chef Bill practically lived at the restaurant. Their teenagers became part of the crew. The baby was born six months after the opening, and Monique returned to work two weeks later, with her infant sleeping in a bassinet in the office. To make the situation even more intense, by 2009 the economy was tougher than underdone pasta.

"It was more than I ever expected to do," Chef Bill told me recently. "Monique and I kind of jumped into this with both feet."

Now, having survived that brave leap, they savor the love and friendship of people in a grateful community. Regulars fill the seats and mouthwatering aromas fill the air, along with Italian music, happy conversation and laughter. The atmosphere of the Adriatic Grill somehow combines urban elegance with the warmth and comfort of an Italian grandma's kitchen.

I thought about that comfort when I took my first bite of the Rigatoni Bolognese last Sunday night. I had to try it after finding out that this is what the Trudnowskis cook for themselves after a hard day. Let me tell you, it would be worth putting in a hard day to earn this reward. But that's only the beginning. Just check out the menu, here. One of my life's goals is to try everything on it. 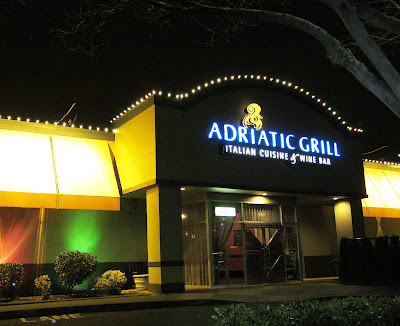 So what do you get for only $80? In addition to Chef Bill's fabulous food, you'll enjoy complimentary wine, beer, and non-alcoholic beverages, music, dancing, and a RAFFLE TICKET FOR A CHANCE TO WIN BIG. Prizes to be given away total thousands of dollars, including the GRAND PRIZE of one free meal each week for an entire year.

Here's your chance to dress up and party, all for a good cause. Prizes or no prizes, everyone will feel like a winner after an evening like this at such a great price. But I must warn you; seating is limited. So call the restaurant today at (253) 475-6000 to make your reservation, or do so online.

The Trudnowskis say that some of their most loyal diners call themselves "the Adri-addicts." I'm sure I've seen these people during my many visits without knowing who they were and I'm even more sure they will be at the party. Watch out, when you take that first bite. It could happen to you too.