A DIARY REVEALS A NORTHWEST NOVEMBER IN 1940 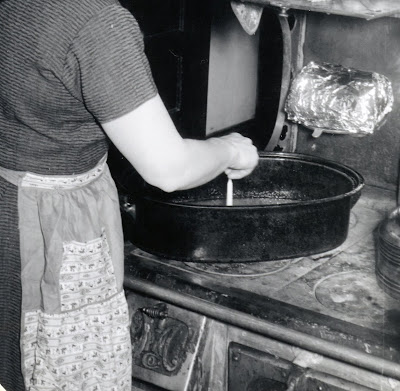 Note: I published this post a couple of years ago, but its message is worth repeating— BE GRATEFUL.

A couple of days ago, I picked up my father's diary from 1940 to peek into my parents' lives during the month of November that year. His words made me think about all I have to be thankful for and how little we really need to be happy. In Norman Rockwell's famous painting "Freedom From Want," the artist created a scene that has become our ideal image of Thanksgiving. We see a smiling, laughing family gathered around a table heaped with food while the grandparents present the turkey. Even though mine was a loving and happy family too, real life in the '40s wasn't quite so perfect as nostalgia would suggest. I was the sixth of seven children, a child of the '50s and '60s, so I wasn't there, but thanks to Dad's diary, I can picture that time.


In November of 1940 my parents, like others in their small community, still struggled to recover from the effects of the Great Depression. My father already had a wife and three young children to support.  A national election that month meant President Franklin Delano Roosevelt would serve a third term, and Congress had passed the Selective Service Act in September, requiring all men between the ages of 18 and 35 to register for the draft. During that year, the news on the radio reported the latest, none of it good. Nazi Germany invaded and conquered one country after another. Japan controlled Indonesia and Italy controlled Greece, and most disturbing of all, over 400,000 Polish Jews had been forced into the Warsaw Ghetto.

Reading the diary, I though about what must have been on my father's mind daily as he worked hard, spending long hours driving a freight truck, picking up meat from Carsten's packing house in Tacoma, roses from Beall Greenhouse on Vashon Island, moving furniture, hauling groceries, and more. He had livestock to care for, as well as other chores around their place, and he dedicated any spare time available toward his effort to get a new barn built before winter. In that month, the Tacoma Narrows Bridge collapsed, complicating freight delivery. With everything else that concerned him, he also followed the news as World War II grew ever more devastating, not realizing that within a year his own country would be involved.

As for my mother, her days revolved around the household their two-month-old infant daughter and young boys, one a toddler and the other three years old. The domestic duties she took in stride included not only caring for small children, but also washing laundry in a wringer washing machine. Since she had no electric clothes dryer, she dried everything on a  either a wooden clothes rack indoors or outside on the line on days with no rain, even in freezing weather. She sewed, baked, cleaned, canned, and worked as hard as my father, morning 'til night. Mom kept a diary through her teen years and at the beginning of their marriage, but by November of 1940 she had left it to my father to preserve the days of their busy, hardworking lives in the little leather-covered book I now hold in my hand, 73 years later. Repeated throughout is some form of the statement that they both went to bed exhausted. 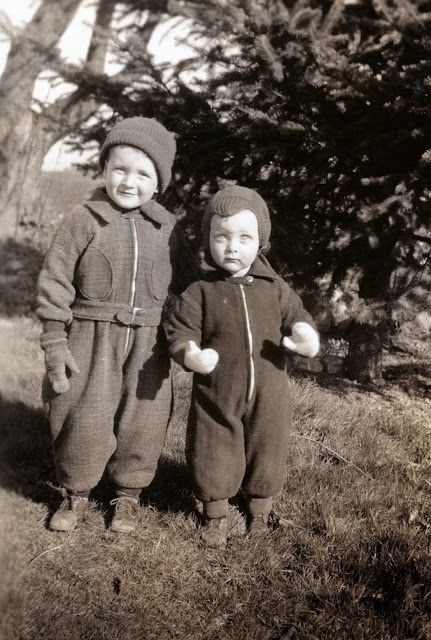 In the small space allowed for each entry in the five-year diary, my father crammed together bits of home life, social life, and current world events.﻿

Sun. Nov. 10 - "Finished my sawhorses and went over to the place and cut the sill and joists for the barn. It snowed most of the morning. Dad went duck hunting."

Mon. Nov. 11 - "No freight trip today. I got in a full day on the barn. I'm all ready to start laying flooring. The girls had the baby shower today. Neville Chamberlain is dead."

Wed. Nov. 13 -"Too busy again to day to work on the barn. The English scored quite a naval victory over the Italians. The big Narrows Bridge collapsed last Thursday."

Thursday. Nov. 14 - "Very foggy until noon in Tacoma this A.M. Had another busy day. Paid some more bills. The lodge is giving a card party but we are too tired to go."

The next day they asked a friend to watch the children so they could have a little date night. They "took in the show," meaning they went to a movie at the small local theater. He mentioned the death of a community member on the following Monday. On Tuesday, Dad rejoiced that he had a small load of freight. Even though it meant less income, he could spend over two hours working on the barn. A week earlier, my mother had taken her babies to a clinic set up at the local high school, for smallpox vaccinations, and on Tuesday a county nurse came to their home to check on the children. For dinner that night, she roasted a duck her father had shot when he went hunting.

"Rained all day. Grandpa and I went up to the bank and he gave me the deed to our place as we have it all paid for at last. Tomorrow we eat turkey."

Yes, they did eat turkey the following day at the home of my grandparents, but before the meal, Dad spent the morning working on the barn. The next day the sun came out and my mother did a big wash. They picked up several boxes of apples from a friend and soon the kitchen would have been filled with the sweet smell of homemade applesauce and pie. I can close my eyes and remember that smell, still part of home life after I came along.

Next he wrote, on Saturday, November 23, "The Greeks are forcing the Italian Army back into Albania. It's warmer tonight and raining. Couldn't get over to the barn today at all. Eggs are forty cents a dozen."

A few days later he noted that my mother "... hung out a big wash yesterday and boy how it rained all night. She went out and wrung them out on the line."

﻿
Thanksgiving day passed and life went on. His noted that his gross income from hauling freight that month was $36.00 lower than in November of '39 and he had put 22,000 miles on his Diamond T truck. My mother sewed a snowsuit for their oldest son. Christmas would soon be upon them and year later, war. After the shock of Pearl Harbor, the news that came over the radio would no longer seem so remote. My father wanted to join the Navy but remained a truck driver, his trade considered vital to the nation.

When you sit down to Thanksgiving dinner this year, be thankful. I am thankful for my parents and I miss them. The world is still a troubled place and always has been, but rich or poor, in times of war or peace, home is home and family dear. Put aside your little aggravations, petty issues, negative thoughts and feelings of never having enough. You have enough. Look around the table. Others will go hungry. Others are alone. Some are refugees or homeless in your own town. Think of those missing, those who should be in the empty chairs. In memory of them, their struggles, their happy times, and most of all their love and good example, be grateful.