A Review of "Memphis" at The 5th Avenue Theatre

The place: Memphis, Tennessee
The time: the 1950s

The scene: an underground night club where young black dancers and musicians have gathered to enjoy their music, the rhythm and blues never heard on middle-of-the-dial white radio stations.
My perspective: as a member of the audience on opening night of the musical "Memphis" at The 5th Avenue Theatre in Seattle, showing September 18 through October 7, 2012.

The question: Will this musical be true to the music that inspired it?
Wham, came the downbeat. And it took only about ten seconds for that crazy, heart-stopping thought to rattle my imagination again; in my next life, I want to be a dancer.
This fantasy comes over me every time I visit The 5th Avenue, but I've never felt it as strongly as during "Memphis," now on its first national tour, after originating at this theater and going on to become a hit on Broadway. It won four Tony Awards, including Best Musical and Best Score.

From that first pulse of musical and physical energy, the show's exuberance seemed so tightly packed into precise moves—perfectly in sync with the rhythm—that it could barely be contained. It included nicely contrasting gentler scenes but never lost its forward propulsion at any point.﻿


﻿﻿﻿﻿﻿﻿﻿﻿﻿﻿﻿﻿﻿﻿﻿﻿﻿﻿﻿Although filled with talented singers, actors, dancers, and tunes with good lyrics, this show doesn't merely entertain. It offers a story with plenty to say about American society and human relationships and the limits the former has historically placed on the latter.
Fictional character Huey Calhoun (Bryan Fenkart) has been a loser all his life until he finally gets a job as a rebel disc jockey who dares to play the exciting music he's discovered among the black youth there in Memphis. The white youth go crazy for it, upsetting their parents as well as their Southern society's status quo. The character Huey is loosely and partially based on the personality of the irreverent white disc jockey named Dewey Phillips, who shook up the Southern airwaves and succeeded in integrating American radio during the decade between 1948 and 1958.
But in the show, disc jockey Huey Calhoun brings added dramatic tension to the story of radio's evolution when he falls in love with a beautiful young black singer named Felicia (Felicia Boswell) whose protective older brother Delray (Horace V. Rogers) owns the nightclub where she performs. This is at a time when interracial relationships—particularly marriages—were not only scorned but actually illegal in some states, including Tennessee. For Huey to play Felicia's record on the radio was risky enough. Being seen kissing her in public resulted in them both being beaten. And she was beaten more severely than him.
﻿
﻿
Issues of prejudice, discrimination, and race, especially when it comes to love and marriage, form the basis of this drama, but it is also about people's access to opportunities, something even Huey takes for granted. At one point, Felicia reminds him that he can choose to live in the black world whenever he wants, at least in terms of its music, but she can never truly be part of the white world, no matter how well she sings.


﻿
﻿﻿There wasn't a less-than-impressive voice in the cast, but the lovely Boswell could mesmerize with the resonance of her powerful and yet tender singing. She can also act. The sensitivity she brought to her more serious scenes made me feel the emotion and appreciate her subtleties of body language and tone. Boswell delivered well in every aspect of her role.
So did Fenkart. He excelled at portraying the challenging character of Huey, a guy who goes from goofy to pathetic as his stardom fades. Huey irritated me at times, and disappointed me. Although he was bold when it came to standing up for the black musicians and singers who wanted their share of the airwaves, he never adequately stood up for Felicia when she was shown disrespect by society and by his own mother. To his credit, Fenkart managed to make a rather shallow character show some depth during the more serious scenes.
﻿
Julie Johnson, as Huey's mother, did a superb job in this role and inspired plenty of applause when she sang "Change Don't Come Easy." Equally engaging were Rogers as the brother Delray, Will Mann as Bobby, Rhett George as Gator, and William Parry as Mr. Simmons, the owner of the radio station.
Great set designs included the nightclub, a dark but cozy place below street level, where backlighting revealed the silhouettes of people on the sidewalk through the opaque basement windows. Especially effective were the scenes when dancers performing on a TV show, live in the studio, were simultaneously shown on what appeared as a black and white television screen above the stage.

﻿
My only disappointment might come as a surprise, considering the fact that this musical won a Tony Award for its score. After all the hype about the 1950s music being so much at the core of this story, and after reading an article in the program about the history of the blues and rock 'n' roll in Memphis, we never had the pleasure of hearing a single authentic tune from that era. Not one.

I hate to say it, but the music written by David Bryan came close to the feel of the genre' but could not compare with the deeply gutsy and sexy essence of the real thing. In an interview included in my press materials, Joe DiPietro—who wrote the book and co-wrote the lyrics with Bryan—even states that "... it's not a fully faithful recreation of the music of the day. David took the sound of the era, but then he reinterpreted it through his own modern (and individual) ears."
That's nice. But what a shame that none of the actual songs that changed American popular music forever, that still resonate in the shared memory and consciousness of the American people—unbelievably, not even W.C. Handy's "Memphis Blues"—was deemed worthy of the honor of inclusion.

So I'm including it here.

This past weekend, my total immersion in bluegrass and old time music at the American Banjo Camp made Marrowstone Island seem like enough of a paradise already. But those four days of ecstasy also included the joys of nature.
﻿﻿

﻿﻿﻿﻿﻿﻿﻿﻿﻿﻿﻿
On Saturday afternoon, I took a break from the workshops to enjoy a walk in the September sunshine. From the bluff on which the old buildings of historic Fort Flager still stand like sentinels in open fields of summer-browned grass, I followed a narrow road that hugs the brushy hillside as it descends to the beach below. 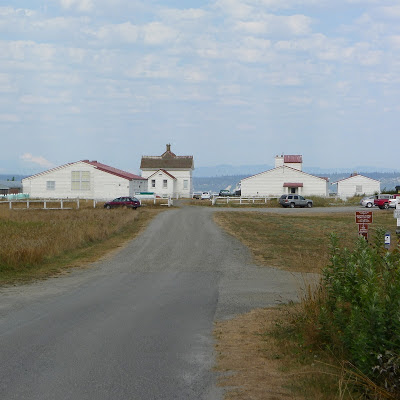 ﻿
﻿﻿
This is the island's northernmost point, home to the U. S. Geological Survey's Western Fisheries Research Center — Marrowstone Marine Field Station, a 5.2 acre site that originally served as a residence for the keeper of a lighthouse once located there. As a native of the Puget Sound region, a fifth generation islander, I inhaled marine air with my life's first breath. And I inhaled it again here, as deeply as I could.

﻿
﻿
Grass and gravel gave way to sand. Always the collector, I spotted two wet rocks of vivid green which I posed on a driftwood log to capture in this photo before they dried. Rocks, like people, can appear drab and ordinary until you see them in their best light, brilliant, colorful, exquisite. Let us remember that we can all shine this way, that our real beauty exists even if others don't always notice.

The quietness of this place, the rustle of beach grass, the cry of gulls, and the slosh of waves against the shore both eased away what remained of my cares from the previous week and replaced my sleep deprivation with a new energy that refreshed. I found abandoned driftwood structures made by children in their play, seashells, flowers, a feather caught among leaves, and most of all, peace.
﻿
Now I share it with you. No more words, just images. Come along for a walk on the beach. 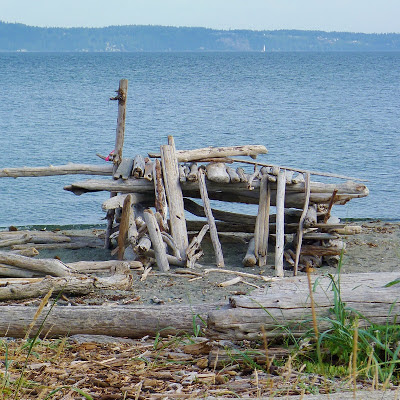 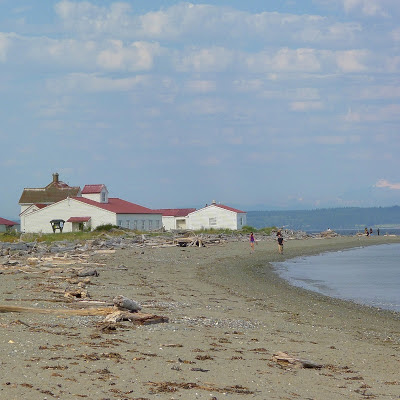 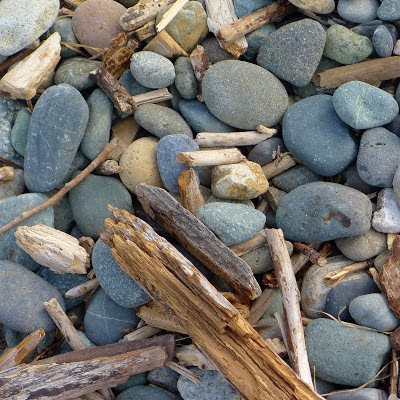 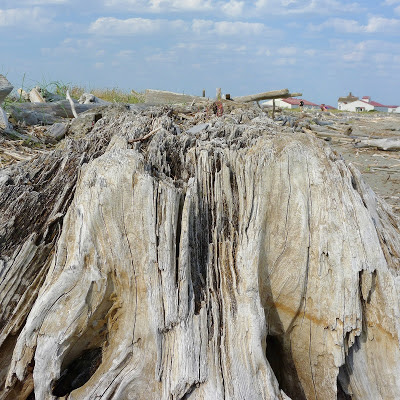 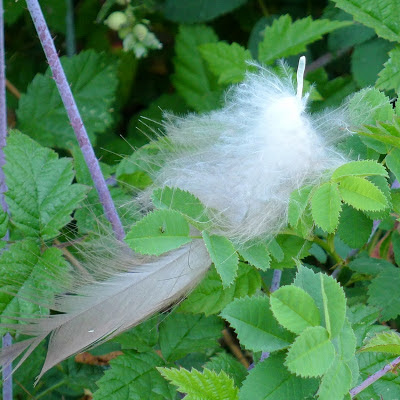 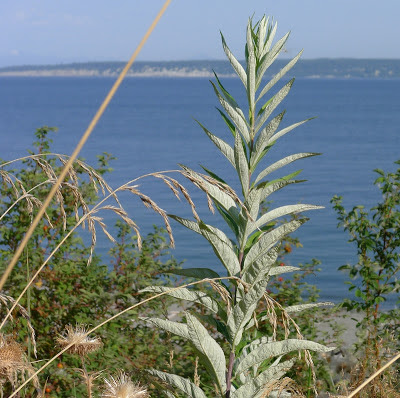 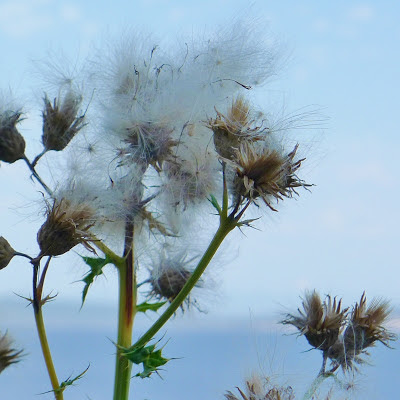 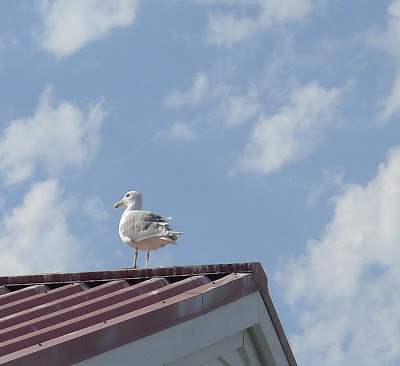 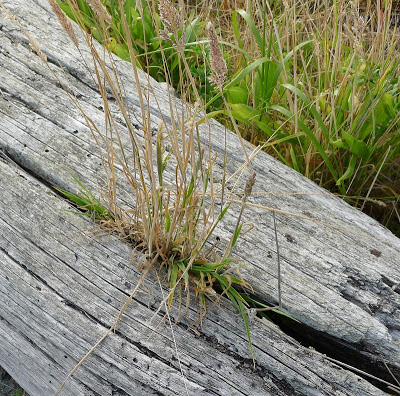 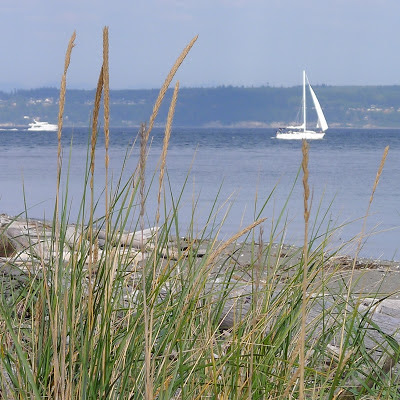 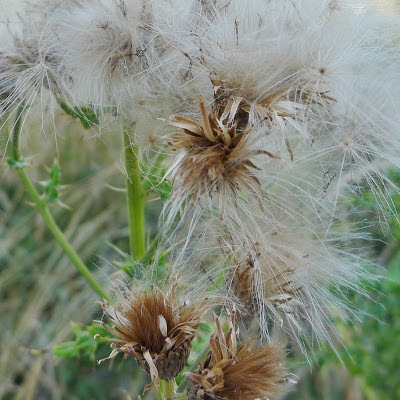 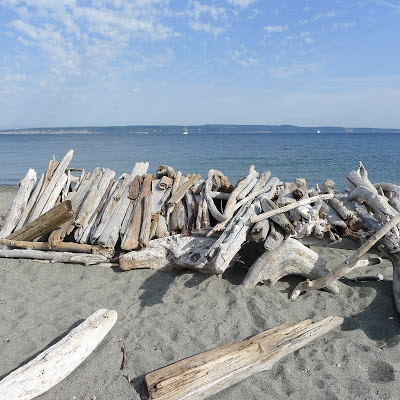 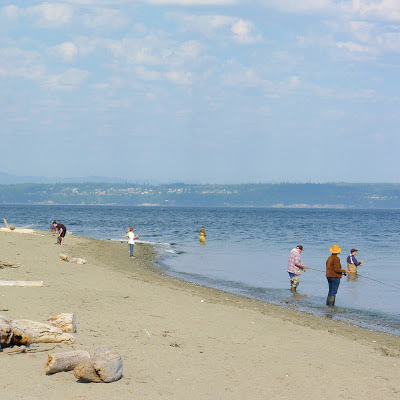 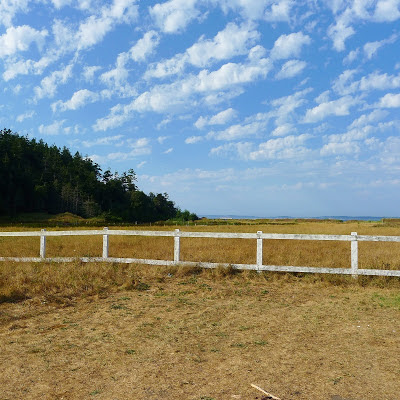 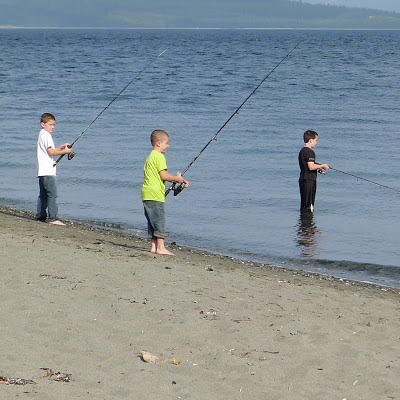 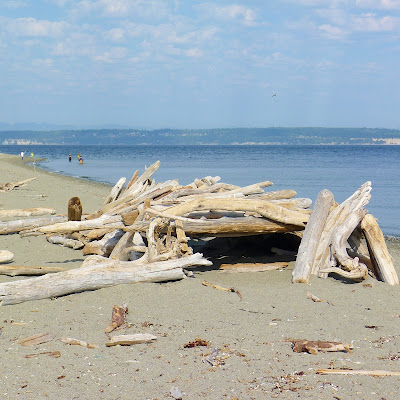 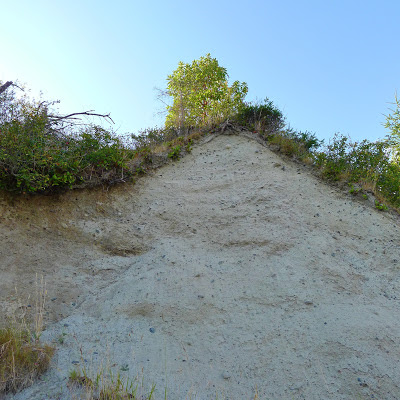 And that wasn't all. It couldn't talk about enjoying nature at Fort Flagler without mentioning the abundant deer. When I returned to the camp, I found this family—including two of last spring's fawns—of feeding on fallen apples. A short while later, someone came along with a dog on a leash and they fled in long, graceful leaps, back into the forest, ending my nature walk but beginning another full and memorable evening of music at the American Banjo Camp.
I can hardly wait until next year.
﻿
﻿
﻿


Copyright 2012 Candace J. Brown applies to all photos and video in this blog.
Posted by Candace Brown at 4:14 PM 1 comment: