At 1 p.m. on Friday, September 30, a hearing will begin in Cowlitz County Superior Court. Consider showing up. This hearing concerns an issue that matters to every citizen of this state. Your fellow Washingtonians in tiny Wahkiakum County are fighting a lawsuit filed against them by the office of State Attorney General Rob McKenna, the plaintiff being the State of Washington, Department of Ecology.


So what in the world has this little county done to deserve legal action? Their county commissioners passed an ordinance banning the use of anything less than Class A "biosolids" (a PR term, a made-up euphemism for SEWAGE SLUDGE) on agricultural land in their county. People in this rural area, where organic farmers are trying to build up their industry and people are worried about the environment, are upset about the Department of Ecology forcing them to accept the worst kind of sludge, Class B, which is very minimally treated and contains pathogens, heavy metals, pharmaceuticals, industrial waste, etc. AFTER the county commissioners passed an ordinance to ban this material, the Dept. of Ecology allowed a farmer to have it spread on his land, adjacent to the Grays River, in a flood plain, and near an organic farm and a dairy.

The court case amounts to this: Ecology claims this ordinance is unconstitutional. The county argues that it is not. That might sound boring but it is anything but boring. As I stated in a previous blog post linked to here, titled WAKE UP WASHINGTONIANS! Your county could be the next sludge dump!  Democracy itself is at stake! If you haven't already read that post, please do. It explains what is going on and links you to more information on the dangers of sludge, including the EPAa's own incriminating website! Every day,  news stories appear about sludge and it's dangers, including this latest news story and video about the listeria outbreak from contaminated cantaloupe. Biosolids from New York were sprayed on a field adjacent to the farm where the cantaloupes were grown and investigations are taking place to see if that is the source of the contamination. This material can become airborn when it dries. 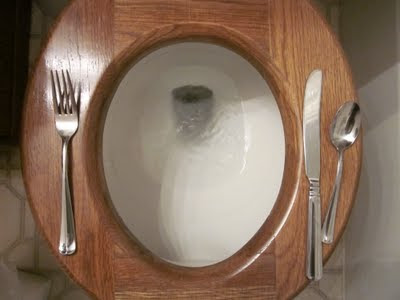 Unfortunately, this court case is not about proving or disproving the safety of sludge. It's about legislative matters concerning local control versus state control and what is considered constitutional. I have spoken with Wahkiakum County Prosecuting Attorney Daniel Bigelow. I also read through 46 pages of court documents. The depressing thing is, that while the courts wrangle over constitutionality issues, more and more farmland becomes contaminated with toxic sludge. The produce you buy might be grown in it. Remember, everything that goes down the toilet, sink, or a drain at home, or in a hospital or an industrial plants, ends up in sludge.

HERE IS THE GIST OF IT... This is all based on legislation passed between 1987 and 1992, written before today's more thorough scientific information on the dangers of sludge. The waste water treatment industry is huge and they have great PR campaigns, as well as a major disposal problem. Our Dept. of Ecology has a clearly stated aggressive agenda to push the "beneficial" use of biosolids. "Beneficial" to whom??? To the waste water treatment industry, folks, not to you! Their definition of "beneficial" is spreading the stuff on land to solve the disposal problem. Let's face it, as a nation we're producing a lot of sewage that needs to be dealt with, but growing our food in it is not the solution. Don't let anyone tell you that this kind of "recycling" is a good thing. Don't be fooled.

I contacted the Tacoma News Tribune (and other local news outlets) about this story when I first heard about the lawsuit. I was told by one of its representatives that "our readers wouldn't be interested in this." The reason? It was happening in Wahkiakum Co. way down in S.W. Washington, not locally. Is that really how people think? The subject of a county's right to pass an ordinance to protect the health and safety of its citizens and the environment should matter to ALL of us.

Let's use our power as voters. Pay attention to this case. Show up in court if you can. Contact your legislators. Educate yourself on what "biosolids" really are (you can start here.) And please support organic farmers and local farmers markets.

Added note: Rob McKenna's campaign website doesn't even include the environment on its list of "issues." Take a look. Not a word. His slogan is "A New Direction for Washington." I don't know about all other issues, but when it comes to the environment, I'd say that direction would be DOWNHILL.