Vashon Island's Emergency Preparedness is a Model For All

My Tacoma neighborhood seems safe in most respects, but I'm still nervous. Here in the Puget Sound region, we all live in an earthquake fault zone, and "the BIG ONE" we keep hearing about could happen any time. On Jan. 2 of this year, the Seattle news source SeattlePI.com published this excellent but disturbing article by staff writer Jake Ellison: "Will a megathrust earthquake strike the NW in 2013? Some clues emerging"


With so many unpredictable factors involved, even the best preparations can't guarantee safety. However, preparation does save lives, maybe yours. I just wrote an article about Vashon Island's emergency preparedness plan, and while doing my research, I acquired a new sense of urgency when it comes to adding to my home's emergency supplies, making a kit for my car, etc. But I'm far from done.

The article was published in the online neighborhood improvement journal called Neighborhood Life and you can read it here:

You will learn what is involved in starting a CERT, a Community Emergency Response Team, and receiving training from FEMA, the Federal Emergency Management Agency. The concept of CERT began with the Los Angeles Fire Department in 1985, based on the realization that civilians will always try to help during emergencies, but without proper training the consequences of their efforts could be injury or death. And by training civilians to assist effectively, in the of a disaster, a community can leverage the response capabilities of their more highly-trained first responders, who might be overwhelmed.

There is a Tacoma CERT, and your community might have one as well. To find out, please follow this link to see all the CERTs in the state of Washington or search for CERTs nationwide here.

Vashon's plan has become a model for other communities. It received the Washington State Governor’s 2012 Volunteer Service Award and the King County Executive’s 2011 Award for Community Preparedness. The isolation factor Vashon faces motivated farsighted individuals in the island community come together to develop their impressive and comprehensive plan. But it wasn't easy. Among those who were instrumental in reaching this goal were retired Brigadiere General Joseph "Joe" Ulatoski and the dynamic duo of Michael and Catherine Cochrane, a married couple who lead Vashon's CERT program.

The island's plan involves an Emergency Operations Center at the main fire station, command centers at smaller local fire stations, and many "partners" such as the Vashon-Maury Island Radio Club (VMIRC) made up of volunteer ham radio operators, a Medical Reserve Corps, and even a new equestrian CERT, plus many others. They also have NEROs, Neighborhood Emergency Response Organizations, groups of about 20 homeowners each, in clearly defined neighborhoods, who designate individuals to assist by checking on others and reporting damage and injuries to their local command center. An umbrella organization called VashonBePrepared brings all the resources together and educates the public.

Here are some excerpts from the article:

When individuals are prepared, the limited number of responders can focus their efforts on those who need the most help, not the general public. “That allows those people who are prepared, to hunker down and not be part of the problem, but just take care of themselves,” Ulatoski said. “That eliminates about 60-70 % of the problem.”﻿ ~
﻿“Can it be done? You bet,” Michael Cochrane said. “Does it take a lot of motivated people who are willing to spend their time, energy, and effort, and a lot of support from the community, and people who are willing to train, and so on? It takes a bunch.” ~

Ulatoski summed it up by saying, “The most you can do is to prepare yourself the best you can, recognizing these two factors: 1.) Disasters can happen, and what has happened in the past does not necessarily mean that it’s the worst that can happen. 2.) Bad things can happen to good people.~

You can learn more by reading LIFEBOAT VASHON on Neighborhood Life.

Also, visit the Pacific Northwest Seismic Network. Then get ready. 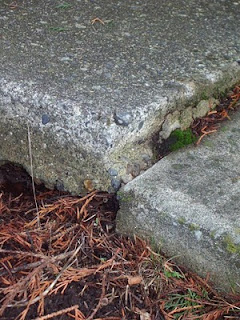 Posted by Candace Brown at 3:24 PM